above is the 2013 group of forty-one who visited every circuit in the Western Diocese
Dr. Philip Knutson & Pastor Morwaeng Motswasele are sitting in the front

Hi, I'm Brent Kelley. I'm one of the people who'll be uploading photos and videos from the trip to South Africa. Wow, it's coming fast!

below is a small taste of some of our experiences: 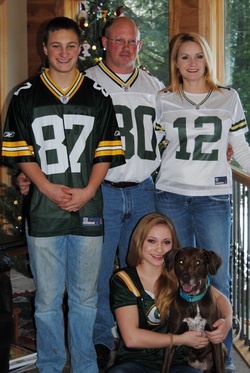 June 11, 2013, Tomahawk WI
After months of planing and fund raising we could not wait to start this adventure to South Africa. My name is Jackie Leonhard. My Husband Bob, Son Aaron and Daughter Abby are all going on this trip. I  will be posting photos and video clips when possible on the trip. 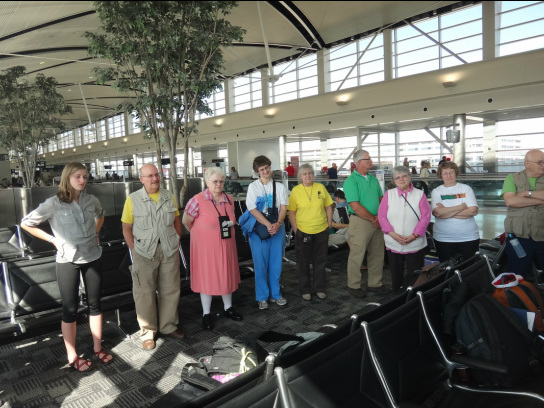 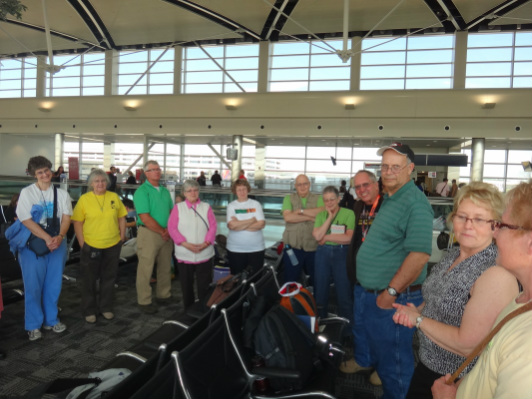 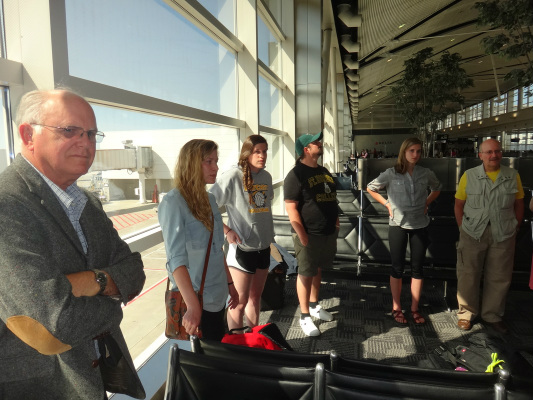 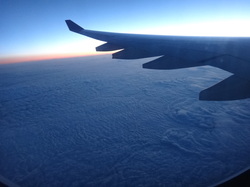 Those above were from morning devotionals at the Detroit airport. Here's a couple taken in flight. 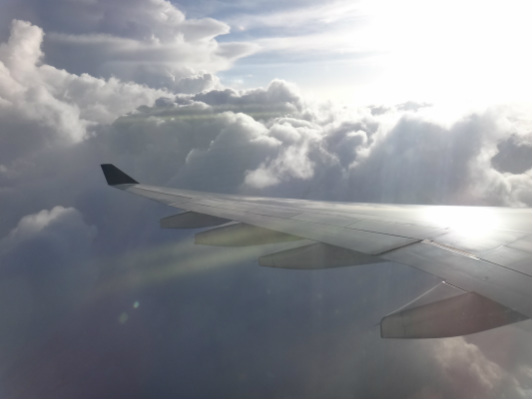 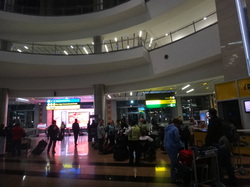 The first batch of travelers arrived safely in Johannesburg late in the evening on June 19. Loooong travels, folks. But certainly worth it. The second batch of travelers should be arriving from London any time now. (posted 11:00am, June 20th.) 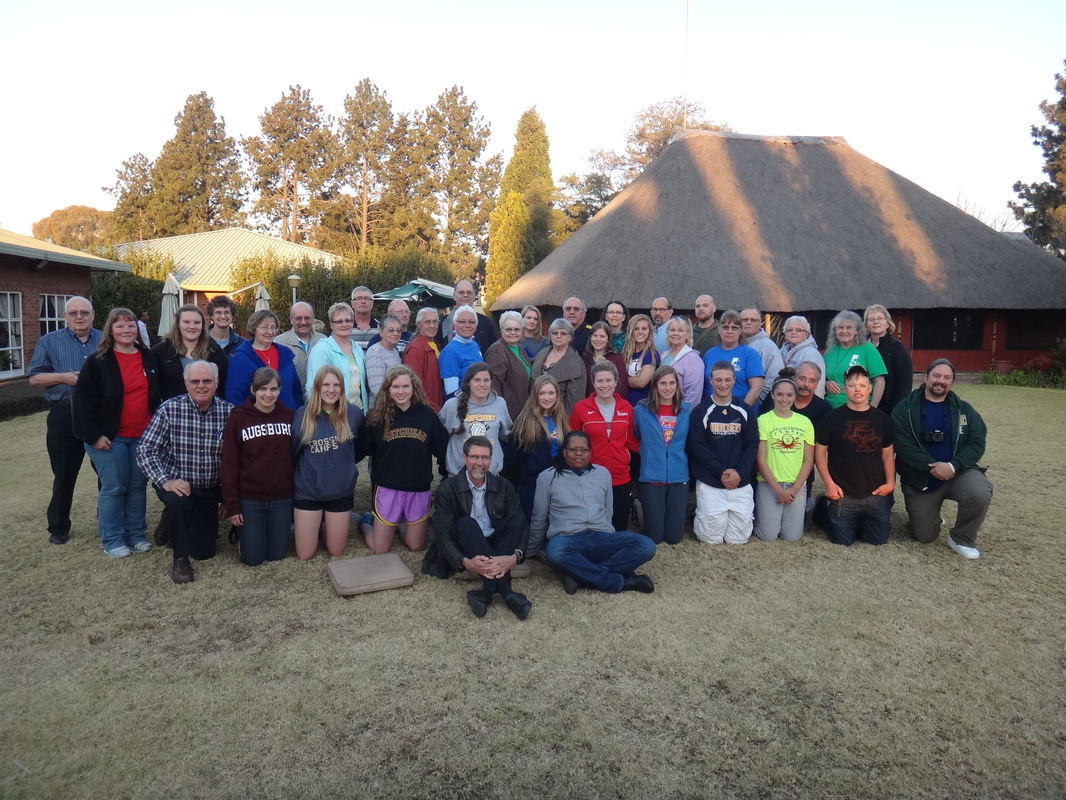 Nyetse congregation sending off their visitors

Debriefing at the Madikwe Circuit

Here are some photos from our time in Johannesburg at the beginning of the trip. We spent two days of orientation at the Lakeview Lodge which is also the location of the offices for ELCSA, Evangelical Lutheran Church in Southern Africa and for LUCSA, Lutheran Communion in Southern Africa. Part of our orientation included a trip to the Apartheid Museum. - Brent

from the Diocese Centre to our matched Circuit and Parish

At the Diocese Centre Bishop Ditlhale commissioned us as members of the Western Diocese and sent us off to live and experience the church in Southern Africa. Each of us had received letters of invitation from our companion parish welcoming us and clarifying mutual goals for our visit. All six Conferences in the East Central Synod of Wisconsin were represented in our group of forty-one travelers and we visited all seven Circuits in the Western Diocese:

The largest group visited the Madikwe Circuit (32 of the 41). These came in response to the sixty-five from the Madikwe Circuit who visited the Wisconsin River Valley Conference in 2012 - yes sixty-five!
The two videos below are from the welcome on June 22 and the farewell and debriefing on July 8.
Pastor Mark Ziemer, ECSW Liaison to the Western Diocese, responding to the welcome
Debriefing on July 8 - Wisconsin River Valley Conference and Madikwe Circuit.

22 of the 41 travelers were from Grace Lutheran, Tomahawk visiting Lekubu Parish. This was in response to Bishop Ditlhale's personal visit and invitation to Grace in 2005, hosting four visitors in 2006, Lekubu's visits in 2007 and 2012, and Lekubu providing a nine-week sabbatical in 2010 for Grace's pastor.
Send off from Nyetse
Similar to many parishes, Lekubu Parish is made up of three congregations in the villages of Lekubu, Mosweu, and Nytese.